The Gallery of the Sofia Cultural Centre in Helsinki hosted another stage of the “Light in Nature” exhibition of the Association of Hungarian Tapestry Artists. The exhibition can be viewed from 1.12.2020 to 15.01.2021 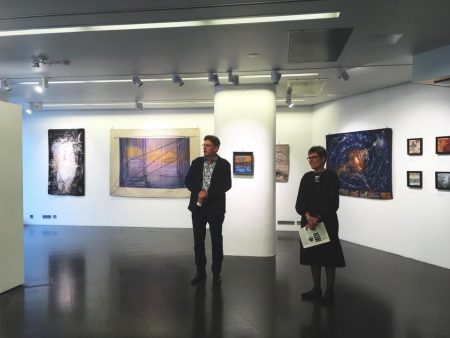 On 17 September, the Exhibition entitled „Light in Nature” was opened by the Association of Hungarian Tapestry Artists at the U Gallery of the Hungarian Cultural and Scientific Center of the Balassi Institute in Helsinki. The exhibition was opened by textile artist Päikki Priha, a professor at Aalto University. 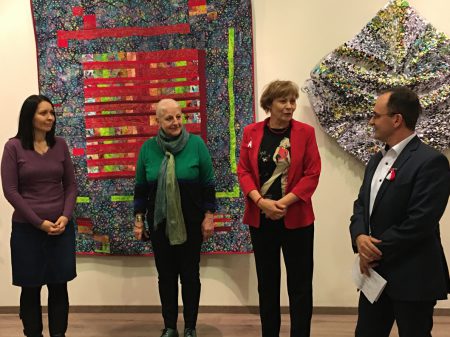 B44 Gallery: The exhibition was opened by Dr. Muszev Dancso, President of the Bulgarian National Self-Government on 06.03.2020 In the Gallery of the Association of Fine and Applied Artists, Eszter Molnár gave the opening speech. On 07.03.2020, Dr. Csilla Kelecsényi opened the chamber exhibition in the Workshop Gallery of Hungarian Tapestry Artists, in which she gave a lecture. 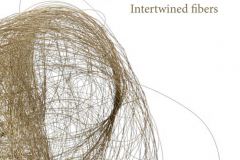 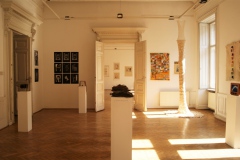 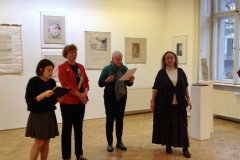 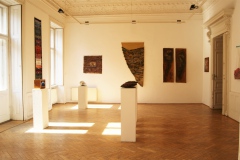 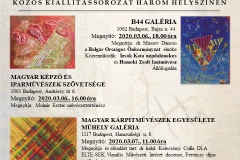 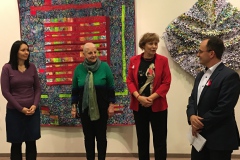 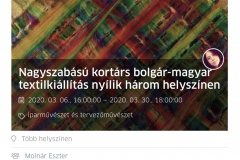 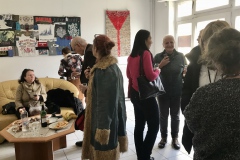 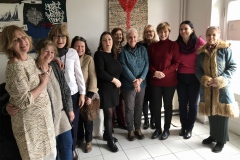 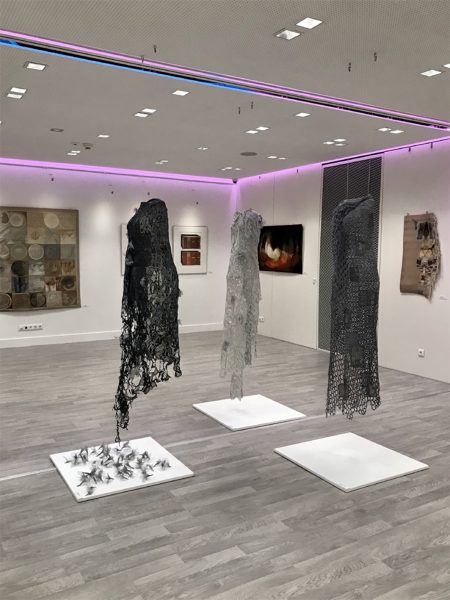 The exhibition “Thread Stories” was opened at the Up Gallery on 2 March 2020 by art historian Hédi Szepes.

The artworks of this exhibition represent the artistic and stylistic diversity of the tapestry artists. Although 1970 marked an attempt at modernization in the history of Hungarian tapestry, by the mid-1990s, at the time of the association’s foundation, most of the artists have turned back to the traditional tapestry roots. This phenomenon, even if not conscious, it represented a sharp U-turn back to the academic founder of the art form in Hungary. Back, to one of the most important figures of the 20th century Hungarian tapestry art, Noémi Ferenczy and her concepts on medieval ideals. According to her, the real value of the tapestry is the time and dedication to the material and the artist’s handprint. This means that tapestry can be interpreted as the art form of man’s rule over time. Tapestry is basically a protest against the machine civilization that accelerates the passage of time. Processing it allows its creator to “snap out” of time and enter an out-of-time state. While working, the tapestry artist distances him or herself from the everyday life and becomes fully and thoroughly present. Sacrificing time and energy the artist basically sews him or herself into the tapestry. Stories in the Threads: the name of this exhibition also references this meta-narrative that is far from implying a detachment or something abstract. It is more like an intimate connection between the object and the threads of the spirit forming it. To quote Noémi Ferenczy once again, “The artwork grows together with the breathing of its creator, together with the creator’s thoughts and perceptions, face to face, in private (…) it cannot be a separate thing or being for it would not only exclude intensity, it would remove intimacy just the same.”1 This togetherness and the “manifestation” of the threads of soul is what can be viewed on the walls, in front of the audience. Faith, one of the greatest mysteries of the human soul, is, just like the creative process, a truly personal question, one of the key motifs of the showcased tapestry. It may appear conceptually, philosophically or in specific Christian symbolisms such as the alpha and omega sign on Irén Málik’s creation or the Christ-corpus on the work of Ágnes Kecskés. Eleonóra Pasqualetti takes her works as autonomic, spiritual mediums. She mostly deals with the symbolism and archetypes of centralization but from right here, from the visible world with a figural approach. Edith Balogh passes the narrative approach or the portrayal of humans creating an abstract, metaphysical space where the vivid colors of transcendental light takes center stage. Wheat-sheaf reaching towards the light across the cages of human souls is the vision appearing on the work of Erzsébet Katona Szabó. Also as symbolism for soul and destiny plants can be seen on the works of Indira Máder, Hajnalk Ipacs and Noémi Benedek. The love-hymn of Paul the Apostle is recreated in the cosmic landscape composition by Eszter Bényi, Judit Székely references the personal search for God with the motifs of prayer and ladders. Another important group of the figural works is the landscape representations. The temperament and original style of the creator can be measured well in the genre often functioning as a mirror of the soul. The landscape vision by Verona Szabó resembles photographs and maps, while the one by Éva Sipos is more expressive and picturesque. In the third, larger thematic block I’ve listed those works that directly or indirectly connects the human experience or to the perspective of the female narrative. The soul-feather symbolism by Judit Pázmány oe Borjána Maevszka Koncz’s creations are clear representatives of this theme. Lívia Pápai’s work, where she combines the portrait of her son with a Dalí painting into a black and white composition or Katalin Zelenák’s deconstruction of a female portrait delicately illustrates the separation of the present from the renaissance man-ideal. The exhibition is also home to several works connecting to literacy. Éva Penkala and Annamária Kőszegi was inspired by the poem “I cannot know” by Hungarian poet Miklós Radnóti. Bea Bocz commemorates one of the greatest mystics of 20th century Hungarian Christian literature, János Pilinszky while Katalin Fóris have chosen the poem called “The Seventh” by Attila József as title for her installation woven by film negatives. Although in smaller numbers, abstract visual thinking is also represented thanks to the work of Ida Lencsés. The private oeuvre can be interpreted through the context of self mythologies as the works of Zsófia Harmati, Eszter Kneisz and Annamária Orbán. 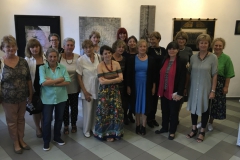 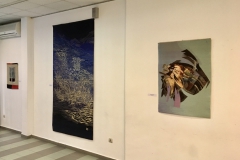 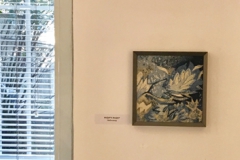 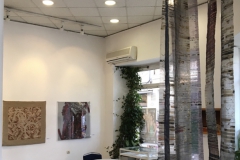 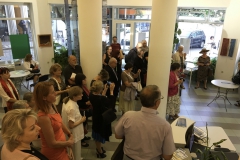 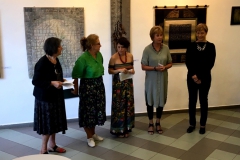 facebook youtube
Manage Cookie Consent
To provide the best experiences, we use technologies like cookies to store and/or access device information. Consenting to these technologies will allow us to process data such as browsing behavior or unique IDs on this site. Not consenting or withdrawing consent, may adversely affect certain features and functions.
Manage options Manage services Manage vendors Read more about these purposes
View preferences
{title} {title} {title}